Get fresh music recommendations delivered to your inbox every Friday.
We've updated our Terms of Use. You can review the changes here.

by the Perfectly Violent Dream 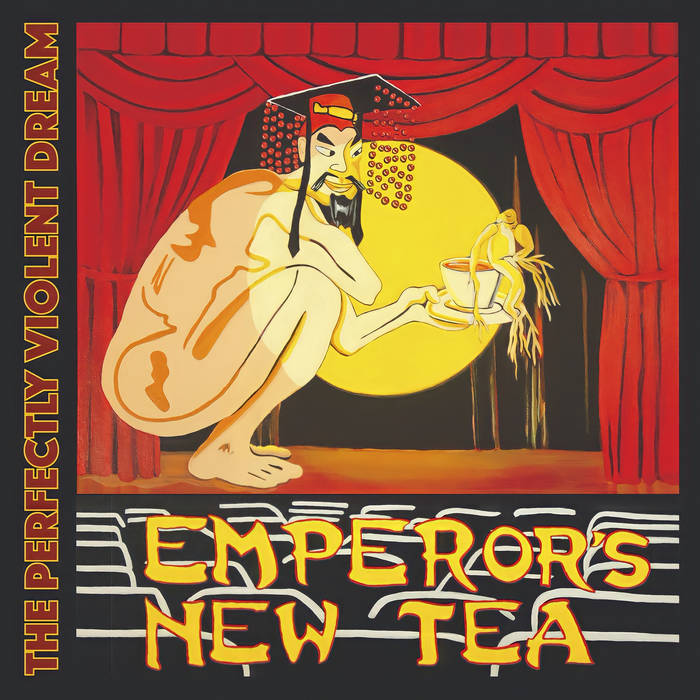 “Emperor’s New Tea is some of the best new music I’ve heard recently. Bradley has succeeded in creating new musical vistas in shimmering clusters of sound. Each song surprises and delights. Products of an amazingly creative mind. (I also love the cover. It get’s the album cover of the year award in my apartment!)”

“Really a very cool creative album- I dig it!”

“Emperor’s New Tea is great! I am amazed by anyone that can take one hook and reinvent it 10 times in 3 minutes and it never gets boring. Another amazing skill is to take the kitsch of the Monkees and make it as hugely creative as Radiohead or Beck but searching and deep like Nick Drake. You get all of this with this music. Now here is the real testament to this music. In 2002 I was hanging out at Red Rocks in Colorado before a concert playing a very early demo of Brad’s. The group next to us kept coming over saying they knew who I was listening to. How do you tap into a song that everyone knows but has never heard? Brad is an original but somehow universal at the same time.”

“Unique, interesting, full of layers, cool…BDW is either seriously disturbed or a serious genius…or maybe a bit of both!”

“I’ve been listening to Emperor’s New Tea over and over again. “If All The World’s a Stage“ is impressing me lately as one of his best tracks. It owes something to Harry Nilsson – particularly “Daddy’s Song” and “I’d Rather Be Dead”, but Brad puts his own spin on it. The lyrics compliment the music by directly contradicting it, in an odd way. It’s a work of almost transcendent cynicism. It’ll make you throw up your arms and dance while experiencing existential terror. Check it out. Good stuff.”

Anton Fig: Drums on "If All The World's a Stage"

Vinnie Zummo: Electric Guitar Solo on "Too Much", and additional arranging.

Lindsay Stevenson: Electric Guitar Solo on "We Will Be Back Someday"

Chadwick Gray: Spoken Word on "We Will Be Back Someday"

Laura Spector: Spoken Word on "We Will Be Back Someday"

Kurt Reil: Mastering at House of Vibes. And additional mixing on "Gospel" and "Emperor's New Tea"

60s and 90s- influenced psych rock-n-pop that runs a colorful gamut from The Monkees to Beck.