Get fresh music recommendations delivered to your inbox every Friday.
We've updated our Terms of Use. You can review the changes here.

from (W​)​hole by Drawing from the Wound 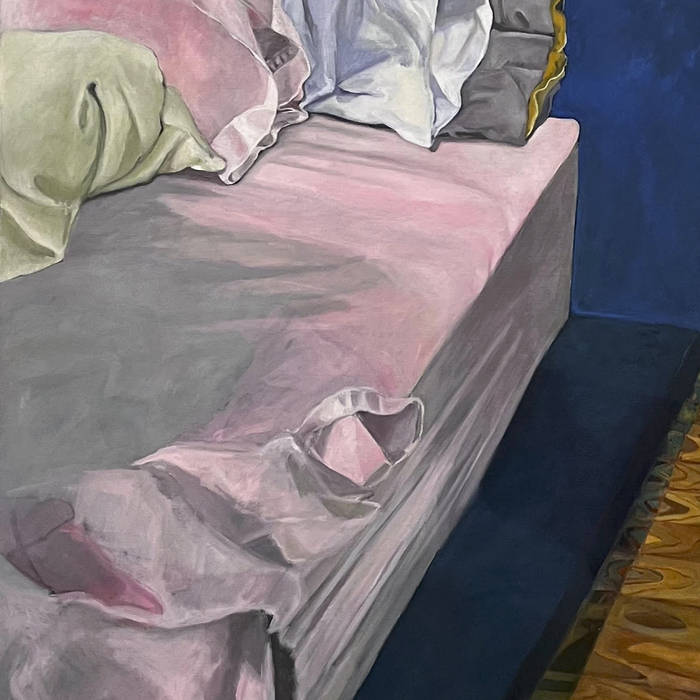 Houston-based artist Ellen Orseck​ paints figures submerged in water, sumo wrestlers immersed in food, and abstractions of space and turbulent weather. Her underwater series “Liquified” soloed at Nicole Longnecker Gallery in Houston. “Submerged” was displayed at 80 Washington Square East Gallery in New York City, at Nauhaus Gallery and the Texas Collaborative Space in Houston. Orseck’s paintings of tornados represented Texas artists at the National Museum in Lima, Peru, as well as in Houston’s City Hall. A solo exhibit of her portraits of creative Texans, “Made in Texas” showed at Bering and James Gallery in Houston and her “Storms, Sumos and Sweets,” presented a view of sumo wrestlers, desserts and tornados at The University of Houston/Downtown O’Kane Gallery.

Throughout her career, Orseck earned public arts commissions from state arts councils, corporate collectors and private patrons in Texas, Oklahoma, Virginia, the District of Columbia and Maryland. Her largest public commission was a mural awarded by the National Endowment for the Arts in her hometown of Baltimore, Maryland. From a group of 1,600 Texas artists, Orseck was selected as one of 105 finalists for The Hunting Prize. Her watercolor designs were used to create Torah covers for Congregation Brith Shalom in Houston and her artwork has been featured at the Jewish Community Center in Houston.

She earned her Master’s Degree in Painting from New York University, which included one semester in Venice, Italy, and two in New York City. As an undergraduate, Orseck studied painting at the Maryland Institute College of Art in Baltimore and earned a Master’s Degree in Museum Education at George Washington University. Her post- graduate education also included four years at The Glassell School of Art, course work from the New York Art Academy, and mostly recently studies with artist Eric Fischl in Sag Harbor, NY.
​
Describing her artwork Orseck said, “Whether I am painting figures in or around water or sumo wrestler dolls immersed in chocolate cake, my subjects are characters in a narrative. At times grave and at times beautiful, the subjects are selected to evoke different responses to life, to illuminate, or to call to mind human emotions.”
Her curatorial career began with an internship at the Smithsonian’s National Collection of Fine Arts, now called The American Art Museum, followed by positions at The Philbrook Art Museum, The Dallas Museum of Art and Holocaust Museum Houston.
​
Currently, she is an art instructor at Rice University Susanne M. Glasscock School of Continuing Studies and Watercolor Art Society-Houston. She shows her work at Mother Dog Studios, The Carolyn Garcia Gallery and Flatland Gallery, and works from her studio at 2101 Winter Street

60s and 90s- influenced psych rock-n-pop that runs a colorful gamut from The Monkees to Beck.